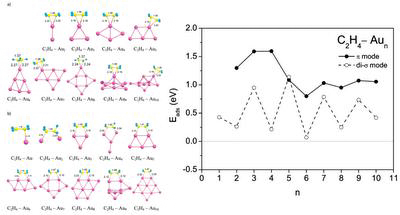 Support effect is one of the most important factors in nanocatalysis. We have demonstrated that hexagonal boron nitride (h-BN) surface which was traditionally considered as an inert support can strongly modify properties of the gold clusters and act as an “active” support. In particular, the structural, electronic, and catalytic properties of Au and Au2 supported on the pristine and defected h-BN surface have been studied. It is demonstrated that adsorption and catalytic activation of O2 on the h-BN supported Au and Au2 can be affected by the interaction with the support via electron pushing and donor/acceptor mechanisms. 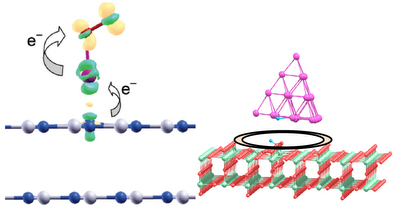 Effects of inert and active supports on catalytic activity of gold.